The Antibacterial Potential of Cannabinoids 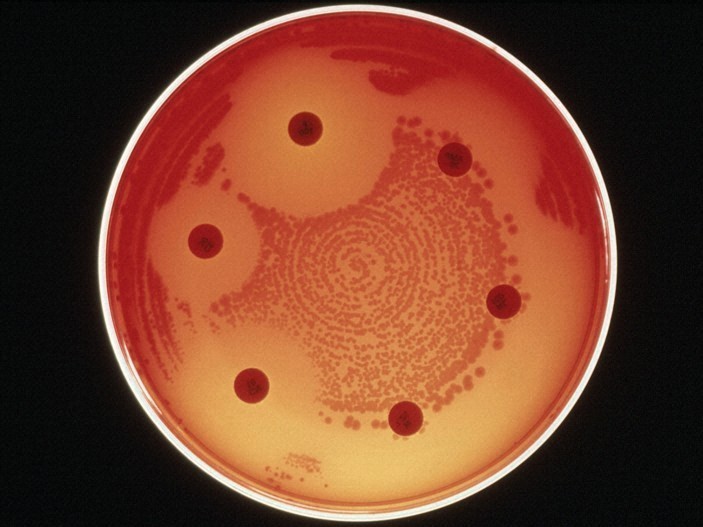 This article has been written by our students, Mohamed ‘Mo’ Kashkoush, SSCP-PITT!

Antimicrobial resistance (AMR) is a growing public health crisis with global effects that are difficult to overstate.  The Review on Antimicrobial Resistance, a Welcome Trust study commissioned by the United Kingdom, has predicted that drug-resistant bacterial infections will claim 10 million lives annually by 2050.1 This toll is not only a steep increase from the 700,000 annual deaths currently attributable to AMR – it also astonishingly represents greater overall mortality than all forms of cancer today.1,2 Aside from treating bacterial infections, it is also important to remember the fundamental value that antimicrobial prophylaxis holds in allowing us to safely administer immunosuppressive treatments and perform routine surgeries. We don’t have to wait until 2050 to witness a so-called “post-antibiotic era”. The problem of antimicrobial resistance is already harrowing in India, for example, where oncologists are reportedly struggling to balance the benefits of treating hematologic malignancies with the risks of exposing patients to nearly untreatable infections.3,4

Medicine, academia, industry, and government have unofficially reached a consensus on a two-pronged approach to mitigate the imminent threat of antimicrobial resistance. First, there has been an increased emphasis on judiciously utilizing currently available antibiotics through enforced stewardship initiatives. Second, more drug development efforts have been focused towards expanding the antibiotic armamentarium. Unfortunately, recent reviews of antimicrobial drugs in the clinical pipeline have concluded that agents targeting multidrug-resistant bacteria are not being developed extensively enough to sufficiently combat the threat of antimicrobial resistance. These reviews further clarify that we do not simply need more antibacterials from within existing therapeutic classes; rather, that we need novel antibiotics which overcome known mechanisms of resistance.5,6

In search of these precious compounds, scientists have searched far, wide, and within. Penicillium chrysogenum (fungal source of penicillin), Streptomyces roseosporus (bacterial source of daptomycin), and even Komodo dragon blood are only a few examples of the countless sources scientists have scoured. Plants and herbs have also attracted attention, with investigations into honey, turmeric, and cranberry being prototypical examples.7,8 The antibacterial properties of Cannabis sativa and Cannabis indica (both referred to as cannabis herein) have been described since at least the 1950’s.9 Furthermore, barriers to cannabis research have been removed internationally, so it is not surprising that the plant has recently been the focus of antibacterial studies.

Before diving into the research, it is important to note that most Cannabis indications to date are used as a quality of life improving measure. In this regard, antibacterial applications are quite different because the potential indication is to cure an infectious disease. With quality of life indications, therapeutic relief and improved function have been achievable through directly administering cannabis either as a plant or plant extract. However, the goal of antibacterial development is ostensibly to elucidate and synthesize the microbially-active compound in therapeutic concentrations, create a medically accepted formulation (e.g. injectable solution or oral tablet), and convince regulatory authorities that the product safely and effectively treats infections.

With this goal in mind, researchers have evaluated both cannabinoid and terpene compounds as potential lead candidates, although this discussion will only focus on cannabinoid-based approaches.10 One structure-activity relationship study conducted in 2008 screened common cannabinoids and their derivatives based on in vitro activity against six strains of methicillin-resistant Staphylococcus aureus (MRSA). Antimicrobial potency was measured by the minimum inhibitory concentration (MIC), which is the lowest concentration required to prevent growth of a bacteria in a petri dish. The lower the MIC, the more potent an agent is in vitro. The five major cannabinoids studied were cannabidiol (CBD), cannabichromene (CBC), cannabigerol (CBG), ∆9-tetrahydrocannabinol (THC), and cannabinol (CBN). The highest MIC against any MRSA strain was 1 µg/mL for CBN and CBD, 2 µg/mL for CBC, CBG, and THC, but at least 128 µg/mL for oxacillin, tetracycline, erythromycin, and norfloxacin.11 Since these results were only repeated once and MIC measurements are imprecise (a true MIC of 1 µg/mL could be measured as either 0.5, 1, or 2 µg/mL), it is acceptable to interpret that all five cannabinoids were approximately equipotent in vitro.

A more comprehensive investigation conducted at McMaster University in 2018 generally confirmed and expanded upon these foundational in vitro results. Researchers screened 18 cannabinoids against one community-acquired MRSA strain, including the five major cannabinoids previously discussed and their corresponding carboxylated precursors. Among the compounds screened, CBG, CBD, CBN, THC, (-)Δ8-tetrahydrocannabinol (Δ8THC), cannabichromenic acid (CBCA), and exo-tetrahydrocannabinol (exo-THC) were the most potent against the MRSA strain with a MIC of 2 µg/mL. Notably, Δ9-tetrahydrocannabinolic acid A (THCAA), Δ9-tetrahydrocannabivarin (THCV), cannabigerolic acid (CBGA) had a MIC of 4 µg/mL; CBC and cannabidivarin (CBDV) had a MIC of 8 µg/mL; cannabidiolic acid (CBDA) and tetrahydrocannabivarinic acid (THCVA) had a MIC of 16 µg/mL; and cannabidivarinic acid (CBDVA) and cannabicyclol (CBL) had a MIC of at least 32 µg/mL.12 The authors noted two structure-activity relationships, including a loss of potency in carboxylated precursors (CBGA, CBDA, and THCA were less potent that CBG, CBD, and THC) and with n-propyl substitutions (CBDV and THCV were less potent than CBD and THC).13

To narrow the screening process towards a lead candidate, the researchers tested the compounds against MRSA biofilms and persister cells, which are metabolically dormant and highly resistant cells central to biofilm formation and durability. The five major cannabinoids all prevented biofilm formation, but CBG was most successful with only 0.5 µg/mL (0.25x MIC) being required to approximately halve formation. CBG was further evaluated against preformed biofilms and was found to have a minimum biofilm eradication concentration of 4 µg/mL (2x MIC). In the persister cell screen, CBG stood out as being notably bactericidal by producing a 3-log reduction in persister cells at 5 µg/mL (2.5x MIC). Because of these favorable results, CBG was selected for complete analysis as a potential lead candidate.12,13

CBG’s mechanism of action and potential for S. aureus to develop resistance was investigated by MIC90 testing against 96 clinical isolates, spontaneous resistance testing at up to 16x MIC concentrations, 15-day serial passage at sub-MIC concentrations, chemical genomic analysis, and membrane-potential probing. Although no specific mechanisms were successfully elucidated, it was discovered that S. aureus has a low propensity to develop resistance to CBG and that CBG most likely acts by interfering with the cytoplasmic membrane. This proposed mechanism supports additional data reporting cannabinoids with high MICs of > 128 µg/mL when tested against the Gram negative organism Escherichia coli, which has an additional outer membrane compared to Gram positive organisms. Interestingly, however, when the researchers made the outer membranes hyperpermeable via chemical perturbation and genetic mutation techniques, they were able to reduce CBG MICs for E. coli on the range of 0.5 – 8 µg/mL. Furthermore, checkerboard assays were used to suggest that CBG could be used in combination with polymyxin B in vitro by synergistically inhibiting growth of multidrug resistant Gram negative organisms Acinetobacter baumannii, E. coli, Klebsiella pneumoniae, and Pseudomonas aeruginosa.13

The final, and perhaps most important, component of this exploratory package was an in vivo murine infection model with a community-acquired MRSA strain as the causative pathogen. After infecting CD-1 mice intraperitoneally with 7.5 x 107 colony forming units, intraperitoneally-administered single doses of 25, 50, and 100 mg/kg of CBG were compared against 100 mg/kg of vancomycin and a placebo vehicle solution. Efficacy was measured by the difference between posthumous bacterial load in the spleen compared to the placebo vehicle. Both 100 mg/kg of vancomycin and CBG had similar effects in this regard, with both treatments producing an approximately 3-log reduction compared to placebo. Safety was measured through body weight changes over time, and all treatments were considered safe with no significant body weight changes.12,13

Beyond academia, biopharmaceutical companies have also begun to take interest in advancing cannabinoids through the clinical development pipeline. Botanix Pharmaceuticals has been developing a topical formulation of CBD in an effort to treat hospital acquired skin infections and prevent surgical site infections. Unpublished data suggests that CBD has an in vitro MIC against MRSA thatdoes not significantly increase after 20-day serial passage, can disrupt biofilms, decolonizes porcine skin better than mupirocin in an ex-vivo model, and performs well in an in-vivo topical infection murine model. This data precedes a Phase 2a nasal decolonization human trial to be completed in late 2020, which is intended to support a surgical site infection prevention indication.14 Although CBG was selected over CBD for lead optimization in the McMaster University study, the supplemental data package supports similar antibacterial potential of CBD with potent in vitro activity against MRSA planktonic cells, persister cells, and biofilms.12

In summary, the development of cannabinoids to treat antimicrobial resistant infections is a promising field, but one that is still in its’ infancy. To advance these compounds through the clinical development pipeline, more diverse and robust animal models must explore the efficacy and toxicity of various cannabinoids in different clinical settings. These investigations should be designed to lay the groundwork for human trials across a range of potential indications. The most significant opportunity and largest body of evidence points to the treatment of Gram positive infections, which are commonly of the skin and skin structure infection, osteomyelitis, implant-associated infection, and bloodstream infection subtypes. That said, there is also limited evidence to suggest that cannabinoids may have utility in restoring the efficacy of antibiotics attenuated by multidrug resistant Gram negative organisms. If these opportunities are met with productive clinical development programs, it is possible that cannabinoids will become a new class of antibiotics available to combat the global threat of antimicrobial resistance.